The Day the Dinosaurs Died (I Can Read Level 2) (Paperback) 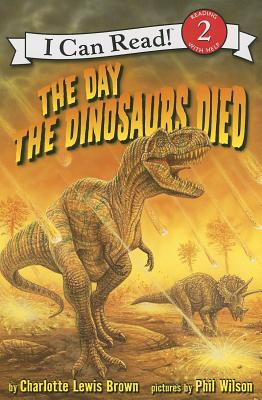 The Day the Dinosaurs Died (I Can Read Level 2) (Paperback)

Presenting cutting-edge science to the youngest readers, The Day the Dinosaurs Died is a mesmerizing account of the end of the dinosaurs.

The dinosaurs were the biggest, most powerful animals that ever walked the earth. Now they are all gone, extinct. Bold illustrations and a dramatic text re-create the devastation sixty-five million years ago when a giant asteroid slammed into Earth, triggering global disasters and leading to massive worldwide extinctions.

The Day the Dinosaurs Died is a Level Two I Can Read, geared for kids who read on their own but still need a little help. Whether shared at home or in a classroom, the engaging stories, longer sentences, and language play of Level Two books are proven to help kids take their next steps toward reading success.

“A vividly imagined recreation of an asteroid impact and its immediate and subsequent effects on the dinosaurs. Sure to find its audience.” — Kirkus Reviews

“Readers will savor the tale.” — The Horn Book

“With its impressive, fairly naturalistic illustrations, [this book] answers the question of how the dinosaurs became extinct.” — School Library Journal