In the Land of Time: And Other Fantasy Tales (Paperback) 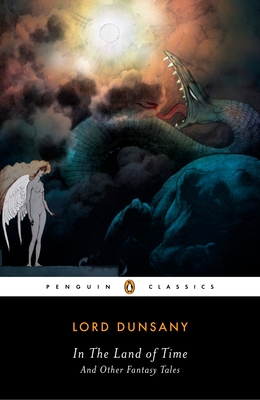 In the Land of Time: And Other Fantasy Tales (Paperback)

This collection will make a great addition to the fantasy section of your library. Dunsany's ingenuity as a writer and storyteller astound me. He is well known for his influence of J.R.R. Tolkien and when I first read Kafka's short stories, I was also reminded of Dunsany. One of my favorite things about Dunsany is the variety contained in his work, and this collection will give you a lot of great reading material to revisit over time.

— Tom
A new edition of the Fantasy Tales that inspired J.R.R. Tolkien and H.P. Lovecraft

A pioneer in the realm of imaginative literature, Lord Dunsany has gained a cult following for his influence on modern fantasy literature, including such authors as J.R.R. Tolkien and H. P. Lovecraft. This unique collection of short stories ranges over five decades of work. Liberal selections of earlier tales—including the entire Gods of Pegana as well as such notable works as "Idle Days of the Yann" and "The Fortress Unvanquishable, Save for Sacnoth"—are followed by memorable later tales, including several about the garrulous traveler Joseph Jorkens and the outrageous murder tale "The Two Bottles of Relish." Throughout, the stories are united by Dunsany's cosmic vision, his impeccable and mellifluous prose, and his distinctively Irish sense of whimsy.

Here published for the first time by Penguin Classics, this edition is the only annotated version of Dunsany's short stories.

For more than seventy years, Penguin has been the leading publisher of classic literature in the English-speaking world. With more than 1,700 titles, Penguin Classics represents a global bookshelf of the best works throughout history and across genres and disciplines. Readers trust the series to provide authoritative texts enhanced by introductions and notes by distinguished scholars and contemporary authors, as well as up-to-date translations by award-winning translators.
Edward John Moreton Drax Plunkett, 18th Baron Dunsany was born in London in 1878, the scion of an Anglo-Irish family that could trace its ancestry to the twelfth century. In 1905 he self-published The Gods of Pegana, and its critical and popular success impelled the publication of numerous other collections of short stories, including A Dreamer’s Tales (1910), The Book of Wonder (1912), and The Last Book of Wonder (1916). Dunsany also distinguished himself as a dramatist, and his early plays—collected in Five Plays (1914) and Plays of Gods and Men (1917)—were successful in Ireland, England, and the United States. Dunsany was seriously injured during the Dublin riots of 1916, and he also saw action in World War I as a member of the Coldstream Guards.

In the 1920s Dunsany began writing novels, among them The King of Elfland’s Daughter (1924) and The Blessing of Pan (1927). He also wrote many tales of the loquacious clubman Joseph Jorkens, eventually collected in five volumes. His later plays include If (1921), Plays of Near and Far (1922), Seven Modern Comedies (1928), and Plays for Earth and Air (1937). By the 1930s, encouraged by W. B. Yeats and others to write about his native Ireland, he produced The Curse of the Wise Woman (1933), The Story of Mona Sheehy (1939), and other novels. His later tales were gathered in The Man Who Ate the Phoenix (1949) and The Little Tales of Smethers (1952), but many works remain uncollected. Lord Dunsany died at Dunsany Castle in County Meath, Ireland, in 1957. He is recognized as a leading figure in the development of modern fantasy literature, influencing such writers as J. R. R. Tolkien, H. P. Lovecraft, and Ursula K. Le Guin.

S. T. Joshi is a freelance writer and editor. He has edited Penguin Classics editions of H. P. Lovecraft’s The Call of Cthulhu and Other Weird Stories (1999), and The Thing on the Doorstep and Other Weird Stories (2001), as well as Algernon Blackwood’s Ancient Sorceries and Other Strange Stories (2002). Among his critical and biographical studies are The Weird Tale (1990), Lord Dunsany: Master of the Anglo-Irish Imagination (1995), H. P. Lovecraft: A Life (1996), and The Modern Weird Tale (2001). He has also edited works by Ambrose Bierce, Arthur Machen, and H. L. Mencken, and is compiling a three-volume Encyclopedia of Supernatural Literature. He lives with his wife in Seattle, Washington.

"Dunsany's best stories remain unique: nobody else has ever been able to capture his visions....S.T. Joshi, a biographer of Dunsany and an expert in the Weird, has given us an excellent introduction and notes." —Ursula K. Le Guin, Los Angeles Times Book Review