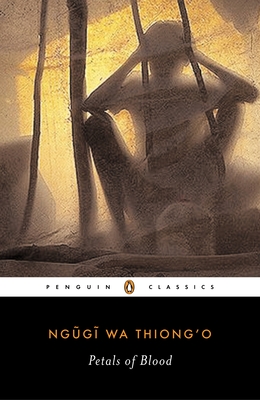 By Ngugi wa Thiong'o, Moses Isegawa (Introduction by), Chinua Achebe (Series edited by)
$17.00
Not in stock at Bear Pond: usually arrives in 3-5 days

This is book number 1 in the Penguin African Writers Series series.

“The definitive African book of the twentieth century” (Moses Isegawa, from the Introduction) by the Nobel Prize–nominated Kenyan writer

The puzzling murder of three African directors of a foreign-owned brewery sets the scene for this fervent, hard-hitting novel about disillusionment in independent Kenya. A deceptively simple tale, Petals of Blood is on the surface a suspenseful investigation of a spectacular triple murder in upcountry Kenya. Yet as the intertwined stories of the four suspects unfold, a devastating picture emerges of a modern third-world nation whose frustrated people feel their leaders have failed them time after time.

First published in 1977, this novel was so explosive that its author was imprisoned without charges by the Kenyan government. His incarceration was so shocking that newspapers around the world called attention to the case, and protests were raised by human-rights groups, scholars, and writers, including James Baldwin, Toni Morrison, Donald Barthelme, Harold Pinter, and Margaret Drabble.

Ngugi wa Thiong’o was born in Limuru, Kenya, in 1938. One of the leading African writers and scholars at work today, he is the author of many novels, short stories, essays, a memoir, and several plays, and recipient of numerous high honors. Currently he is Distinguished Professor in the School of Humanities and director of the International Center for Writing and Translation at the University of California, Irvine.

Moses Isegawa was born in Uganda and is the author of the novels Abyssinian Chronicles and Snakepit.