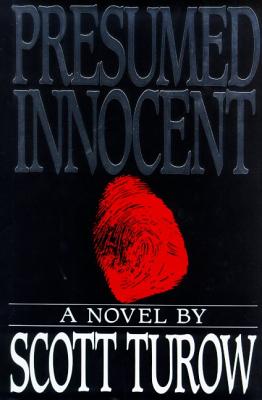 Presumed Innocent, the novel that launched Scott Turow's career as one of America's pre-eminent thriller writers tells the story of Rusty Sabicch, chief deputy prosecutor in a large Midwestern city.

With three weeks to go in his boss' re-election campaign, a member of Rusty's staff is found murdered; he is charged with finding the killer, until his boss loses and, incredibly, Rusty finds himself accused of the murder.

“This one will keep you up at nights, engrossed and charged with adrenaline.” —People

Scott Turow is the author of worldwide bestselling novels including Presumed Innocent, Innocent, Ordinary Heroes, The Burden of Proof, Reversible Errors and Limitations. His works of nonfiction include One L, his journal from his first year at law school, and Ultimate Punishment, which he wrote after serving on the Illinois commission that investigated the administration of the death penalty and influenced Governor George Ryan’s unprecedented commutation of the sentences of 164 death row inmates on his last day in office. Ultimate Punishment won the Robert F. Kennedy Book Award. He lives outside Chicago, where he is partner in the firm of SNR Denton (formerly Sonnenschein, Nath & Rosenthal).

“A grabber to the end… a mystery, a law-courtroom drama, a suspense story and more.” —Cincinnati Post

“This one will keep you up at nights, engrossed and charged with adrenaline.” —People