Who Is Tom Brady? (Who HQ Now) (Paperback) 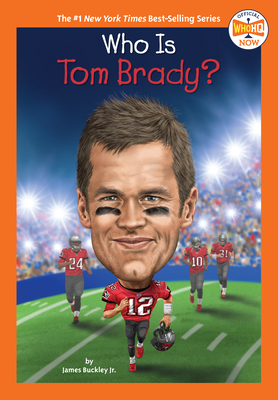 Who Is Tom Brady? (Who HQ Now) (Paperback)


On Our Shelves Now
The inspiring story of the seven-time Super Bowl champion, told in the new Who HQ Now format for trending topics.

On February 7, 2021, Tom Brady lifted the Vince Lombardi Trophy into the air for the seventh time in his career. After winning the Super Bowl six times with the New England Patriots, this was Brady's first win with his new team, the Tampa Bay Buccaneers. The record-breaking win further solidified what many people had already believed for two decades: Tom Brady is the GOAT: Greatest Of All Time. This moving story details the life of Tom Brady and the victories that led him to become the 264-game-winning NFL quarterback we cheer for today.
James Buckley Jr. has written more than fifty books for kids, including Who Is Pelé? and Who Was Roberto Clemente?