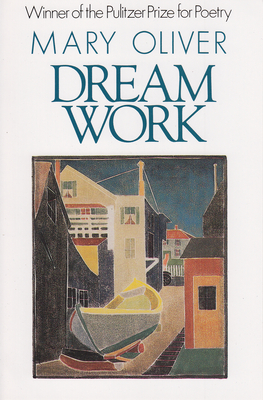 
Will Ship in 1-5 Days from our Distributor
Dream Work, a collection of forty-five poems, follows both chronologically and logically Mary Oliver's American Primitive, which won her the Pulitzer Prize for poetry in 1983. The depth and diversity of perceptual awareness -- so steadfast and radiant in American Primitive -- continues in Dream Work. Additionally, she has turned her attention in these poems to the solitary and difficult labors of the spirit -- to accepting the truth about one's personal world, and to valuing the triumphs while transcending the failures of human relationships.

Her poems are wonderingly perceptive and strongly written, but beyond that they are a spirited, expressive meditation on the impossibilities of what we call lives, and on the gratifications of change. Hayden Carruth

One of the astonishing aspects of [Olivers] work is the consistency of tone over this long period. What changes is an increased focus on nature and an increased precision with language that has made her one of our very best poets. . . . These poems sustain us rather than divert us. Although few poets have fewer human beings in their poems than Mary Oliver, it is ironic that few poets also go so far to help us forward. Stephen Dobyns, The New York Times Book Review