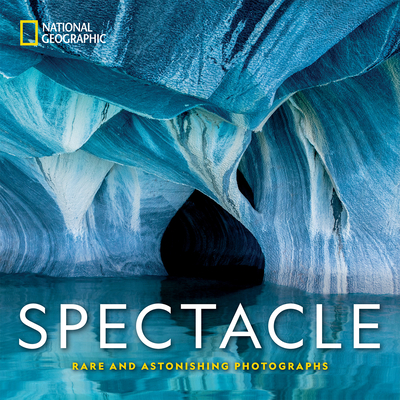 “Can we still be awed by pictures, in a world in which everyone with a cellphone is a documentarian? NatGeo again makes the case that the best photographers have something new and, yes, awe-inspiring to show us.” –USATODAY.com

"National Geographic has been known for publishing breathtaking photos for 130 years. Now it has put together 200 of its most spectacular images in a collection chosen by the organization's editors.
The photos depict an array of marvels ranging from a shark feeding frenzy in the depths of the ocean to the blue blaze of burning sulfur to lava during a volcano eruption." –USA Today

"It was common for me to turn the page and be completely blown away." –Doingdeweydecimal.com

“How in the name of Christmas are you going to surprise and delight your friends and family with fun and festive gifts they’ll remember forever? …a breathtaking collection of inspiring photographs curated by National Geographic editors…features more than 200 astounding photographs depicting an array of marvels.” –Travel by Entree

“Wow National Geographic has done it again. Another awesome book chock full of beautiful photographs capturing nature, cities, and people. It is simply breathtaking.” –A Bookish Way of Life

“There are no words to describe the gorgeous images showcased in this book.”
–What is That Book About

“This book is the perfect reminder of just how awe-inspiring the world we live in and the people who live in it can be.” –Thoughts from a Highly Caffeinated Mind

“WOW. That’s it. Nothing more need be written.” –Broken Teepee

“The photographs are so fantastic on their own, that it will be hard to tear your eyes away from them.” –Books are My Thing