American Film and Society Since 1945 (Paperback) 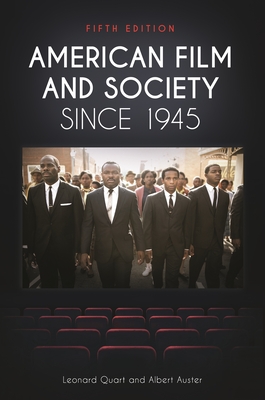 American Film and Society Since 1945 (Paperback)

One of the few authoritative books about American film and society, American Film and Society since 1945 combines accessible, fun-to-read text with a detailed, insightful, and scholarly political and social analysis that thoroughly explores the relationship of American film to society and provides essential historical context. The historical overview provides a capsule analysis of both American and Hollywood history for the most recent decade as well as past eras, in which topics like American realism; Vietnam, counterculture revolutions, and 1960s films; and Hollywood depictions of big business like Wall Street are covered.

Readers will better understand the explicit and hidden meanings of films and appreciate the effects of the passion and personal engagement that viewers experience with films. This new edition prominently features a new chapter on American and Hollywood history from 2010 to 2017, giving readers an expanded examination of a breadth of culturally and socially important modern films that serves student research or pleasure reading. The coauthors have also included additional analysis of classic films such as To Kill a Mockingbird (1962) and A Face in the Crowd (1957).

Leonard Quart is professor emeritus of cinema at City University of New York (CUNY) and COSI; contributing editor of Cineaste, and columnist for the Berkshire Eagle.Al Auster is professor in the Communication and Media Studies Department at Fordham University. He is the author or coauthor of five previous books.