A House in the Sky: A Memoir (Paperback) 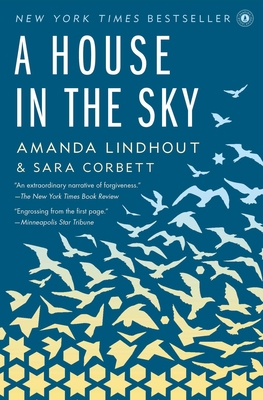 A House in the Sky: A Memoir (Paperback)

“As a child Amanda Lindhout escaped from her bleak, impoverished surroundings by immersing herself in the wonders and exotic locales in old National Geographic magazines she bought for herself with scrounged small change. As a young adult she found that she could make good money as a cocktail waitress and take herself to these same far away places for weeks and months at a stretch. Fearless, curious, hungry for experience and adventure she traveled the world, visiting dozens of countries, including Pakistan, Sudan, and Syria, making friends, taking lovers, taking risks, and making mistakes. It was when she decided to go to Somalia, 'the most dangerous place on earth', and convinced a former lover to join her there, that her hunger for adventure took her too far. Amanda and her friend Nigel were kidnapped for ransom and held in unspeakably awful conditions for over a year. Her memoir, A HOUSE IN THE SKY, recounts her ordeal, telling a tale of desperate men and boys who see the payoff as a way out of their own impossible circumstances, as Amanda and Nigel become weak, desperate and despairing, struggling to survive the horrific conditions in which they find themselves. As hard as A HOUSE IN THE SKY was to read, I could not put it down. Beautifully told, with a happy outcome, Amanda Lindhout and her gifted co-author Sara Corbett take the reader to places one wouldn't likely find in National Geographic yet are so important to know about.”
— Cathy Langer, Tattered Cover Book Store, Denver, CO

Amanda Lindhout wrote about her fifteen month abduction in Somalia in A House in the Sky. It is the New York Times bestselling memoir of a woman whose curiosity led her to the world’s most remote places and then into captivity: “Exquisitely told…A young woman’s harrowing coming-of-age story and an extraordinary narrative of forgiveness and spiritual triumph” (The New York Times Book Review).

As a child, Amanda Lindhout escaped a violent household by paging through issues of National Geographic and imagining herself visiting its exotic locales. At the age of nineteen, working as a cocktail waitress, she began saving her tips so she could travel the globe. Aspiring to understand the world and live a significant life, she backpacked through Latin America, Laos, Bangladesh, and India, and emboldened by each adventure, went on to Sudan, Syria, and Pakistan. In war-ridden Afghanistan and Iraq she carved out a fledgling career as a television reporter. And then, in August 2008, she traveled to Somalia—“the most dangerous place on earth.” On her fourth day, she was abducted by a group of masked men along a dusty road.

Held hostage for 460 days, Amanda survives on memory—every lush detail of the world she experienced in her life before captivity—and on strategy, fortitude, and hope. When she is most desperate, she visits a house in the sky, high above the woman kept in chains, in the dark.

Vivid and suspenseful, as artfully written as the finest novel, A House in the Sky is “a searingly unsentimental account. Ultimately it is compassion—for her naïve younger self, for her kidnappers—that becomes the key to Lindhout’s survival” (O, The Oprah Magazine).
Amanda Lindhout is the founder of the Global Enrichment Foundation, a nonprofit organization that supports development, aid, and education initiatives in Somalia and Kenya. For more information, visit AmandaLindhout.com and GlobalEnrichmentFoundation.com.

Sara Corbett is a contributing writer to The New York Times Magazine. Her work has also appeared in National Geographic; Elle; Outside; O, The Oprah Magazine; Esquire; and Mother Jones.
“Exquisitely told…[A House in the Sky] is much more than a gonzo adventure tale gone awry—it’s a young woman’s harrowing coming-of-age story and an extraordinary narrative of forgiveness and spiritual triumph….There’s no self-pity or grandiosity in these pages. In the cleanest prose, she and Corbett allow events both horrific and absurd…to unfold on their own. Lindhout’s resilience transforms the story from a litany of horrors into a humbling encounter with the human spirit.”
— Eliza Griswold

“Lindhout manages to tell her story and to transcend it. Her account stands as a nonfiction companion to Emma Donoghue’s shattering, haunting novel about captivity, Room.”
— Emily Bazelon

“A poetic, profound, and thrilling exploration of one woman’s misadventure set against the backdrop of global terrorism…Elegant and evocative.”
— Rebecca Johnson

“A great book…The lesson [Amanda Lindhout] taught me and others who know this remarkable young woman is: What matters is not how you got there, but what you do once you’ve arrived.”
— Robert Draper

“A searingly unsentimental account…Ultimately, it is compassion—for her naïve younger self, for her kidnappers—that becomes the key to [Lindhout’s] survival.”
— Holly Morris

“Keenly observed and sprinkled with arresting details, A House in the Sky is more than one woman’s heartbreaking tale of captivity. The book sheds light on a conflict area not often painted with nuance. It dares to explore the outer reaches of human empathy. A stunning, haunting, and redemptive read, Lindhout’s story is one that stays with you long after the book has been closed.”
— Grace Bello

“An elegant and wrenching memoir…”
— The Daily Beast

“[A] remarkably keen-eyed, honest, and radiant memoir…Moving and informative reading for everyone.”
— Barbara Hoffert

“Writing with immediacy and urgency, Lindhout and Corbett recount the horrific ordeal in crisp, frank, evocative prose. But what readers will walk away with is an admiration for Lindhout’s deep reserves of courage under unimaginable circumstances.”
— Kristine Huntley

“A vivid and moving account of how Amanda kept alive the inner light and the spirit of forgiveness even as she found herself in the heart of darkness.”
— Eckhart Tolle, author of The Power of Now and A New Earth

“A House in the Sky is a stunning story of strength and survival. It is sometimes brutal, but always beautiful as Amanda Lindhout discovers that in a fight for her life, her most powerful weapons are hope and compassion.”
— Jeannette Walls, author of The Glass Castle and The Silver Star

“This is one of the most powerfully-written books I have ever read. Harrowing, hopeful, graceful, redeeming and true, it tells a story of inhumanity and humanity that somehow feels deeply ancient and completely modern. It is beautiful, devastating and heroic—both a shout of defiance and a humbling call to prayer.”
— Elizabeth Gilbert, author of Eat, Pray, Love and The Signature of All Things

“In this lyrical and inspiring book, Amanda Lindhout describes humanity's capacity for cruelty. Yet she also brings to life the deep compassion and courage that resides in all of us. A story of grace, insight and tenacity, A House in the Sky shows us the power and importance of perseverance, hope and forgiveness.”
— David Rohde, Reuters columnist and Pulitzer Prize-winning author of A Rope and a Prayer and Beyond War

“A House in the Sky is the riveting story, exquisitely told, of a young woman’s passionate quest to create an uncommonly large life, against all odds. Amanda Lindhout’s journey is a singular one, an epic adventure that ranges from colorful to gripping, in which the stakes are nothing less than absolutely everything. With stunning honesty and clarity, Lindhout and Corbett have made certain of two things: No reader will ever forget this book—or be able to put it down.”
— Susan Casey, author of The Wave: In Pursuit of the Rogues, Freaks, and Giants of the Ocean