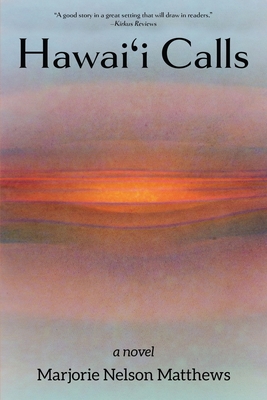 Sadira Doyle believes the best years of her life are behind her. A housewife and mother in a parochial town during the latter years of the depression, she yearns for more. Her husband is an alcoholic sinking into despair; her eldest son's eccentricities make him the object of bullying; and her mother-in-law's religious zeal runs counter to Sadira's own spiritual sensibilities. The weekly radio show, Hawai'i Calls, offers her a chance to escape. When her husband Archie loses his job as a mortician, Sadira decides they will begin anew in Hawaii.

Archie and Sadira set forth from New York City with their two young sons, bound for a place where they know no one. While the fresh start in Honolulu doesn't transform Archie, and the move exacerbates their son Lionel's emotional struggles, Sadira discovers new possibilities with a job as the society columnist for a Honolulu daily, finding herself in the company of movie stars, politicians, and Honolulu's most powerful players.

This intoxicating, glamorous world soon proves challenging and flawed. The Japanese attack on Oahu changes the landscape once again, altering daily life for the islands and for Sadira. With the islands' serenity shattered, its glory days as playground to the stars are over, and Sadira must recreate herself once more to survive with her family intact.