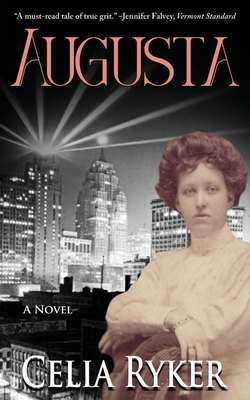 Raised on a hard-knock farm in Arkansas and married off to the father of one of her classmates at the age of thirteen, Augusta was not set up for a life of bliss. Then, abandoned by her second husband in 1920s Detroit, with four children to provide for, she is forced into a decision that will haunt her forever.

From the author of Walking Home: Trail Stories, Celia Ryker's Augusta is historical fiction based on the true story of her grandmother, a woman who lived on a lake and taught her how to catch snakes; a woman who fled the hardships of the Ozarks at the turn of the twentieth century for a new city, and a chance at a better life.