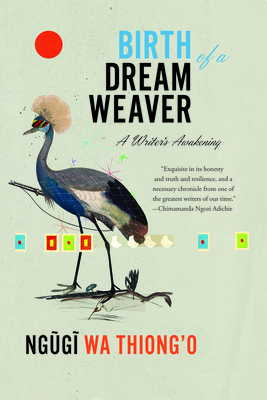 From one of the world's greatest writers, the story of how the author found his voice as a novelist at Makerere University in Uganda as a student

In this acclaimed memoir, Kenyan writer Ngũgĩ wa Thiong'o recounts the four years he spent at Makerere University in Kampala, Uganda--crucial years during which he found his voice as a journalist, short story writer, playwright, and novelist just as colonial empires were crumbling and new nations were being born--under the shadow of the rivalries, intrigues, and assassinations of the Cold War.

Haunted by the memories of the carnage and mass incarceration carried out by the British colonial-settler state in his native Kenya but inspired by the titanic struggle against it, Ngũgĩ, then known as James Ngugi, begins to weave stories from the fibers of memory, history, and a shockingly vibrant and turbulent present.

What unfolds in this moving and thought-provoking memoir is simultaneously the birth of one of the most important living writers--lauded for his epic imagination (Los Angeles Times)--the death of one of the most violent episodes in global history, and the emergence of new histories and nations with uncertain futures.

One of the leading writers and scholars at work today, Ngũgĩ wa Thiong'o was born in Limuru, Kenya, in 1938. He is the author of A Grain of Wheat; Weep Not, Child; and Petals of Blood, as well as Birth of a Dream Weaver, Wrestling with the Devil, Minutes of Glory, and The Perfect Nine (all from The New Press). Currently Distinguished Professor of English and Comparative Literature and the director of the International Center for Writing and Translation at the University of California, Irvine, Ngũgĩ is the recipient of twelve honorary doctorates, among other awards, and has been nominated for the Man Booker International Prize.
Like us on Facebook
Follow us on Twitter
Follow us on Instagram