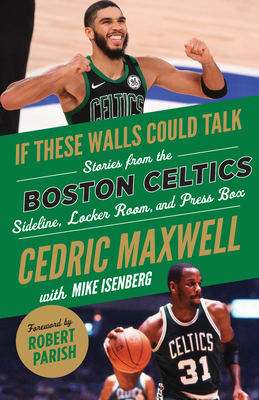 Having won two NBA titles with the Celtics before joining the broadcasting team as a radio analyst, Cedric Maxwell knows what it means to live and breathe Celtics basketball.

In If These Walls Could Talk: Boston Celtics, Maxwell opens up about his life and career and provides insight into the team's inner sanctum as only he can, from Larry Bird to the Big Three era and up to the current roster.

Featuring conversations with players and coaches past and present as well as off-the-wall anecdotes only Maxwell can tell, this indispensable volume is your ticket to Celtics history.
Cedric Maxell won two NBA titles during his 11-year career with the Boston Celtics, including being named the 1981 NBA Finals MVP. Since 2001, he has been part of the Celtics' radio broadcast team on WBZ-FM.

Mike Isenberg is a TV agent for Napoli Management Group. He previously spent 20 years as a producer for ESPN and Fox Sports Detroit.