Unleashed: The Story Of Tool (Paperback) 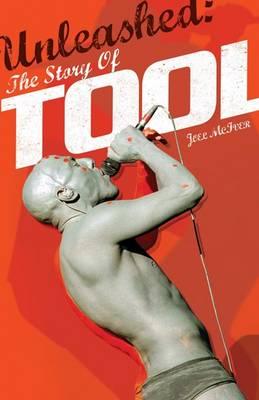 Unleashed: The Story Of Tool (Paperback)


Will Ship in 1-5 Days from our Distributor
This book cannot be returned
The very first book about the Anglo-American metal band Tool explores not only their uncompromising music but also their unsettling, self-made image based on mythological symbols and arcane theories. The quartet of master musicians - Maynard James Keenan, Danny Carey, Justin Chancellor and Adam Jones - emerged from the club scene in Los Angeles in 1990 alongside their friends Rage Against the Machine, grabbing the concept of heavy music and then completely redefining it. With a sixties-style commitment to art and agit-prop, they have now attained a level of artistic complexity and depth which makes their enduring success a miracle in today's culture of bland, corporate entertainment. Author Joel McIver leaves no detail omitted as he delves into the mystery behind Tool's music.
Joel McIver (born 1971) is a British author. The best-known of his 21 books to date is the bestselling Justice For All: The Truth About Metallica, first published in 2004 and selling close to 50,000 copies in nine languages since then. McIver's other works include biographies of Black Sabbath, Slayer, Ice Cube and Queens Of The Stone Age. His writing also appears in many newspapers and magazines, including The Guardian, Classic Rock and Rolling Stone, and he is a regular guest on music-related BBC and commercial radio. In the introduction to a 2009 collection of rock writing, McIver was described as "probably the top [rock] scribe in the world", and in a book review in April 2012, Classic Rock magazine labelled McIver "by some distance Britain's most prolific hard rock/metal author".