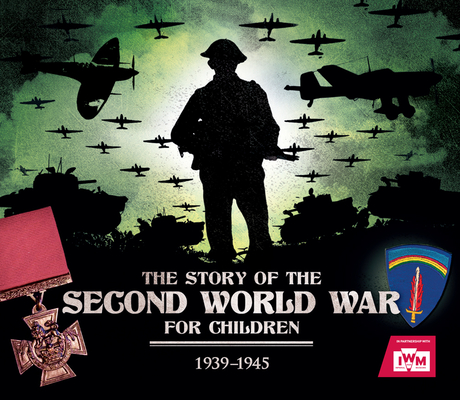 
Will Ship in 1-5 Days from our Distributor
Published in association with Imperial War Museums, The Story of the Second World War for Children sensitively teaches kids about history's deadliest conflict. Packed with photographs, maps, and detailed cross-sections of famous tanks, aircraft, submarines, and warships, this fascinating exploration of the Second World War outlines key battles and shows how the conflict affected people across the world--not just the soldiers fighting on land, at sea, and in the air, but also the children evacuated to the countryside, bombed-out city dwellers, and civilians working in munitions factories. Bite-sized feature boxes throughout highlight subjects of particular interest to youngsters, including life inside a U-boat; spy and resistance equipment; a wartime recipe; and the trials of surviving a Russian winter as a soldier.
Peter Chrisp is a renowned author of children's books on history. He has published more than 60 books.